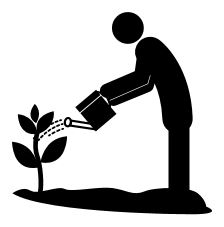 The pistachio tree cultivation is very old. It was already known by the Egyptians later extending its cultivation to other Mediterranean countries. Commercial farming of pistachio in Spain is relatively recent, starting in the 1980s, and that is why its production is relatively low. And we can add that organic farming has begun only a few years ago, which means our product (ecologic, raw, and Spanish) is practically exclusive.